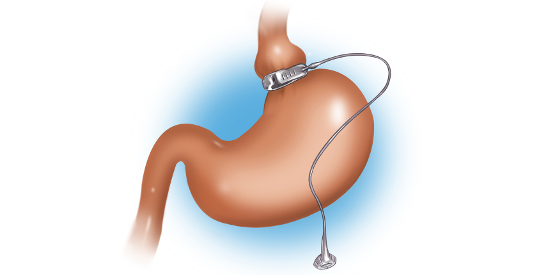 Adjustable gastric banding is a weight loss procedure, whereby an expandable band of silicone rubber is placed around the upper part of the stomach to limit the amount of food that can be consumed at any one time. This will help you eat less and feel full more quickly, and is recommended for people who need to lose a significant amount of weight. This is the least invasive bariatric surgery, and is completely reversible.

Candidates for gastric band surgery should be at least 45kg overweight which is equivalent to having a Body Mass Index (BMI) of 40. People with a BMI of 35 may also be candidates for weight loss surgery if they have obesity-related illnesses such as high blood pressure, diabetes, high cholesterol or other weight related disorders. After surgery patients can lose up to 50% of their excess weigh in just 12 months, and many weight-related problems will improve.

Dr. Carlos Arturo Diaz heads up the Bariatric Division at Saint Luke’s Hospital. He has successfully performed more than 200 bariatric single incision laparoscopic surgeries, using state of the art equipment and the latest technology to provide excellent results at the most affordable prices.

Get Information or a Quote on the service or medical procedure of interest to you.

Save up to 60% on prices in the United States.

The patient lies down to expose the stomach, and anesthesia is administered. The skin at the surgical site is cleaned. The surgeon creates a series of small incisions in the abdominal area and inserts a laparoscopic camera and tools into the abdominal cavity. The camera allows the surgeon to view the procedure on a monitor.

A tube with an inflatable balloon is inserted into the patient´s mouth and pushed down the esophagus to the upper stomach. The balloon is inflated to expand the upper stomach. The gastric band is placed between the upper and lower stomach and tightened to form a small pouch. To secure the band a flap of stomach tissue is pulled over the band and sutured to keep the band positioned properly. The pouch formed by the band effectively becomes the new stomach, limiting food intake, helping the patient feel full more quickly and slowing digestion. The band’s tubing is connected to an access port that will be placed outside of the abdominal cavity just under the skin. Initially, a small amount of saline may be injected through the port to adjust the tightness of the band. After the surgery, saline may be injected or removed to further adjust the band. The balloon is removed, and the incision is closed with sutures or surgical staples. The stomach is then bandaged.

The surgery takes about one to two hours. After surgery the patient is closely monitored in the hospital during recovery. The stay in the hospital is normally for 2 to 3 days and return to normal activity with two to four weeks.

Gastric banding surgery is considered the least invasive of the bariatric surgeries, however there are some risks which include:

•  Slippage of the band

•  Blood clots in the legs

Risks can be minimized by following the surgeon's instructions before and after surgery.

This information should be used only as a guide to your medical treatment. All specifics will be discussed with your surgeon at your consultation. For more information about gastric banding surgery contact Saint Luke's by using the “Ask a Question” form on this page.

The hospital has state-of-the-art equipment and facilities and the surgeons have been carefully selected from some of the best surgeons in Mexico, all board certified with specialty licenses in their field of expertise.

Saint Luke’s is committed to being the premier hospital group for health care and medical tourism in Mexico. 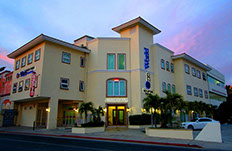 Saint Luke’s is the No. 1 Hospital Group for Medical Tourism in Los Cabos.

A general surgeon with

A general surgeon with